In June 2002, Griffin was included in CFO Magazine’s Global 100, a list of the most influential people in the world of finance.

Forbes also identified Ken Griffin as one of 2012’s highest earning hedge fund managers as well as one of the Forbes 400.

Griffin has already appeared numerous times in Forbes’ Forbes 400, first in 2003, with an estimated net worth of $650 million. At 34, he was the youngest self-made individual on the list.

Ken Griffin is the founder, CEO and Co-CIO of the global investment firm Citadel, founded in 1990 with $4.6 million. Eight years later Citadel would grow to a team of more than 100 employees and $1 billion in investment capital. The firm currently employs approximately 2100 people. Ken Griffin is also the founder of Citadel Securities, a leading global market maker across a broad array of assets.

Citadel is one of the world’s largest and most successful alternative investment management firms of all time with AUM of over $30 billion.

At school, Ken Griffin was academically inclined, particularly in maths. Griffin started to invest during his freshman year at Harvard University.

During his second year at Harvard, he started a hedge fund focused on convertible bond arbitrage. The fund was capitalized with $265,000 from friends and family, including money from his grandmother.

He installed a satellite link to his dorm to acquire real-time market data. Griffin would soon launch a second fund, and between the two funds, he was managing just over $1 million. Ken Griffin graduated from Harvard in 1989 with a degree in economics

Ken Griffin founded Citadel in 1990 with $4.6 million. Eight years later Citadel would grow to a team of more than 100 employees and $1 billion in investment capital

Ken Griffin is somewhat of a secretive trader declining interviews. However, below is a quote from Citadel’s website.

He has previously been quoted as saying he seeks the number one asset in every asset class. He’s not trying to find value in things the market undervalues — he just wants No. 1

Below is a video interview with Ken Griffin, billionaire  investor and founder of investment firm Citadel.

Watch the video to gain insight into this world top investors strategies. Ken Griffin discusses the hedge fund industry, whats coming next for Citadel and his views on the latest Trump administration amonsgt other topics. 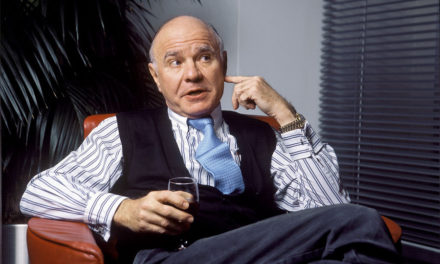