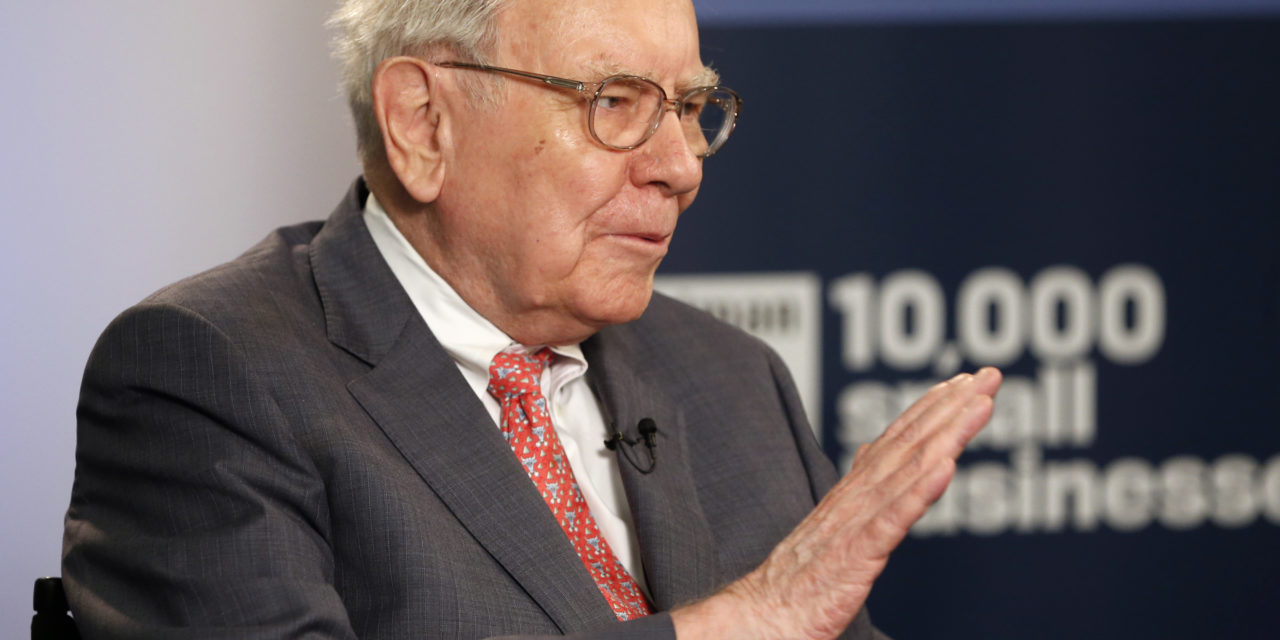 The most successful investor in history, Warren Buffet sells. Indeed, Warren Buffet’s Berkshire Hathaway is hoarding cash like never before to the tune of $116 BILLION in cash at the end of 2017… most of it in short-term Treasury Bills.

Warren Buffet sells underscores a growing number of world top investors who are also battening down the hatches and waiting it out in cash and safe haven assets. Recently we reported Bridgewater bearishness extends to almost all asset classes. 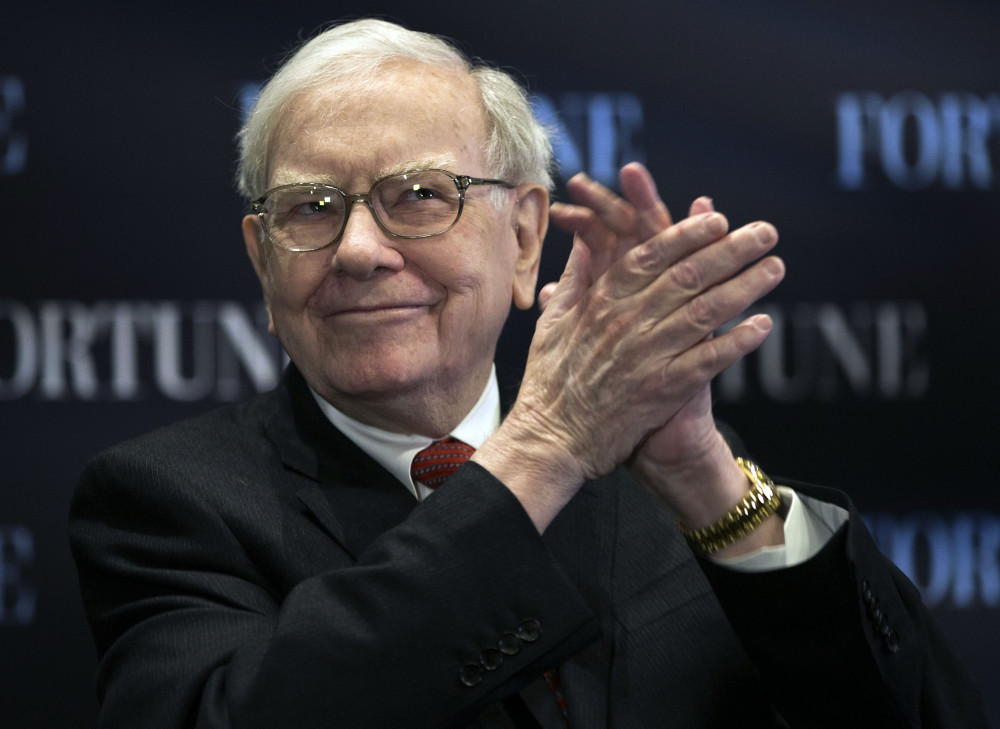 Warren Buffet sells at a time when a trade war is now beginning to rattle investors. Reality is beginning to set in, namely that trade tensions are escalating between the world’s largest trading partners US, China and the Europe Union.

Moreover, investors know that this is likely to wreak havoc on portfolio values. Multinationals are global and their operations will gravitate to where profits are plentiful. In short, a trade war tampers with capital’s natural gravity. We could see a disruption to multinational investment plans and as their profit centers get road blocked by barriers to trade that is likely to hit their bottom line, their profitability.

The CEO of Caterpillar doesn’t think in terms of America First, he thinks in terms of profit regions North America, Asia, Europe… with the aim of maximizing shareholder value. Multinationals roam around the globe for new markets and profits.

“In short, a trade war tampers with capital’s natural gravity”

So Warren Buffet sells because perhaps he, along with many of the world’s top investor’s cumulative wisdom, gets it- that nationalism (which leads to protectionism) is incompatible with global capitalism.

Jim Rogers says the next bear market will be worst in our life.
Maybe Rogers is right.

Warren Buffet sells and that is unusual for the legendary investor.
Warren Buffett, a value investor is known for almost never selling. His famous one-liner, “Our favorite holding period is forever” means that he likes to find value stocks that sell at a discount, buy as much as possible and enjoy the returns of that investment indefinitely.

Put another way, if you can buy a great stock on the cheap then why sell?

But not only did Warren Buffet sell, he hardly bought anything in 2017, preferring to sit on a massive $116 BILLION in cash.

So what then are the qualities that trigger the legendary value investor, Warren Buffet to start buying?

“In our search for new stand-alone businesses, the key qualities we seek are durable competitive strengths; able and high-grade management; good returns on the net tangible assets required to operate the business; opportunities for internal growth at attractive returns; and, finally, a sensible purchase price,” said Warren Buffet.

So Warren Buffet sells preferring to sit on his multi-billion dollar cash mountain until he finds, in his words a “sensible price”

But how do investors find a “sensible price” in the post world of hyperinflationary quantitative easing which injected approximately 12 trillion dollars of newly created currency in the financial system courtesy of the Fed and its other sidekicks (ECB, BoE, BoJ) for almost a decade?

Warren Buffet sells also because QE has created the bubble of everything.

In a few words, the greatest investor in modern history didn’t buy anything in 2017, is stockpiling cash to the tune $116 BILLION. Moreover, to top it all off Warren Buffet sells assets that he would typically hold.

Should other investors also start taking money off the table?
The escalating trade spat between the U.S. and China comes at an inconvenient time for the global economy and multinationals are global players.

Already the Chinese economy is showing signs of a broad slowdown after downbeat May economic data. Economic growth in China is expected to contract from 6.8% year-over-year in the first quarter to 6.2% by the fourth quarter.

Note that the global economy was expected to slow down without a trade war but when you factor in tariffs, sanctions and quotas the global economic downturn is likely to accelerate going forward and that doesn’t bode well for stocks.

The strong dollar is likely to continue adding to the Emerging market meltdown.

Europe is in an existential crisis could be another reason why Warren Buffet sells
Europe Union is in a political crisis. Moreover, the sovereign debt crisis of the peripheral member countries has still not been solved. Europe’s largest bank Deutsche Bank is on its last leg.

Frankly, Merkel is the only strong Europhile, if she falls the European Union and the single bloc currency, the euro fate could be sealed. French President Macron popularity continues to hit a record low and let’s be candid Macron is no Charles De Gaulle.

Warren Buffet sells and there are countless reasons for him to do so. We are on the cusp of big geopolitical change. Moreover, the greatest monetary easing experiment in the history of finance is drawing to a close which in itself could cause an unforgettable bear market.

Perhaps investor should take a cue from Warren buffet sells, after all, investors/traders will never go broke from taking profits and should a sell-off occur it would be wise to have liquidity ready. In the words of Warren Buffet, “be fearful when others are greedy and greedy only when others are fearful” 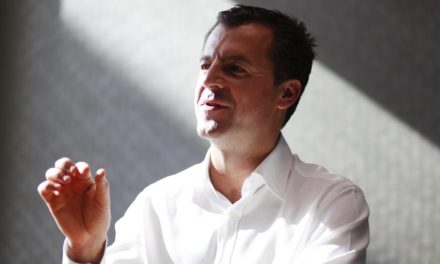 Michael Platt invests his own money 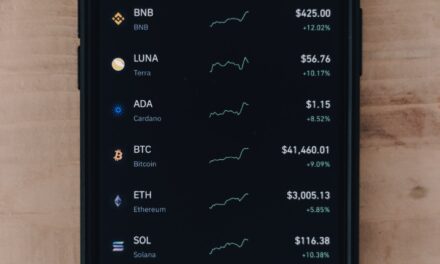 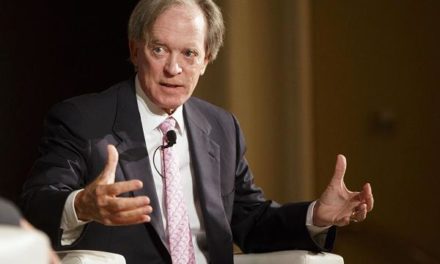